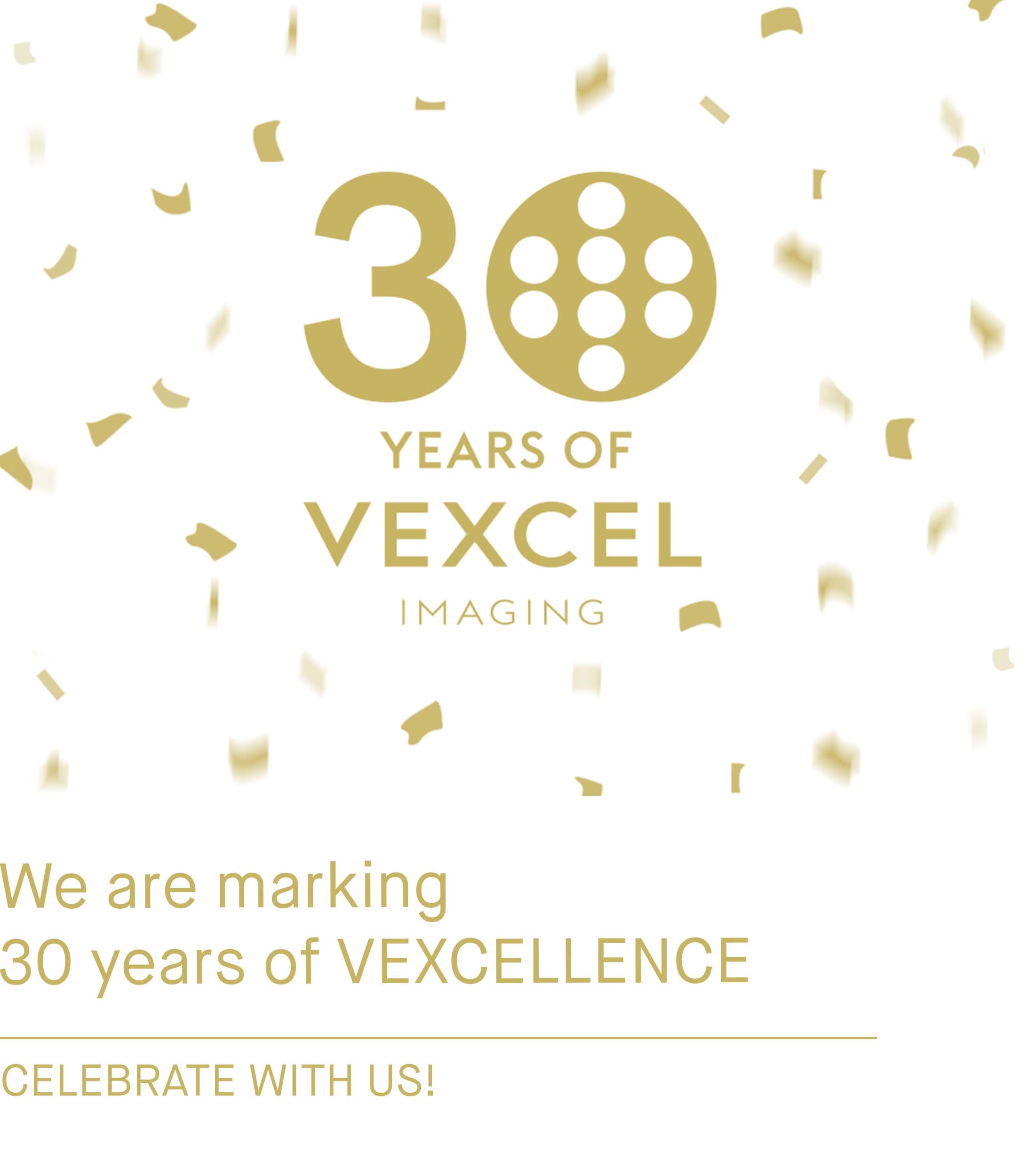 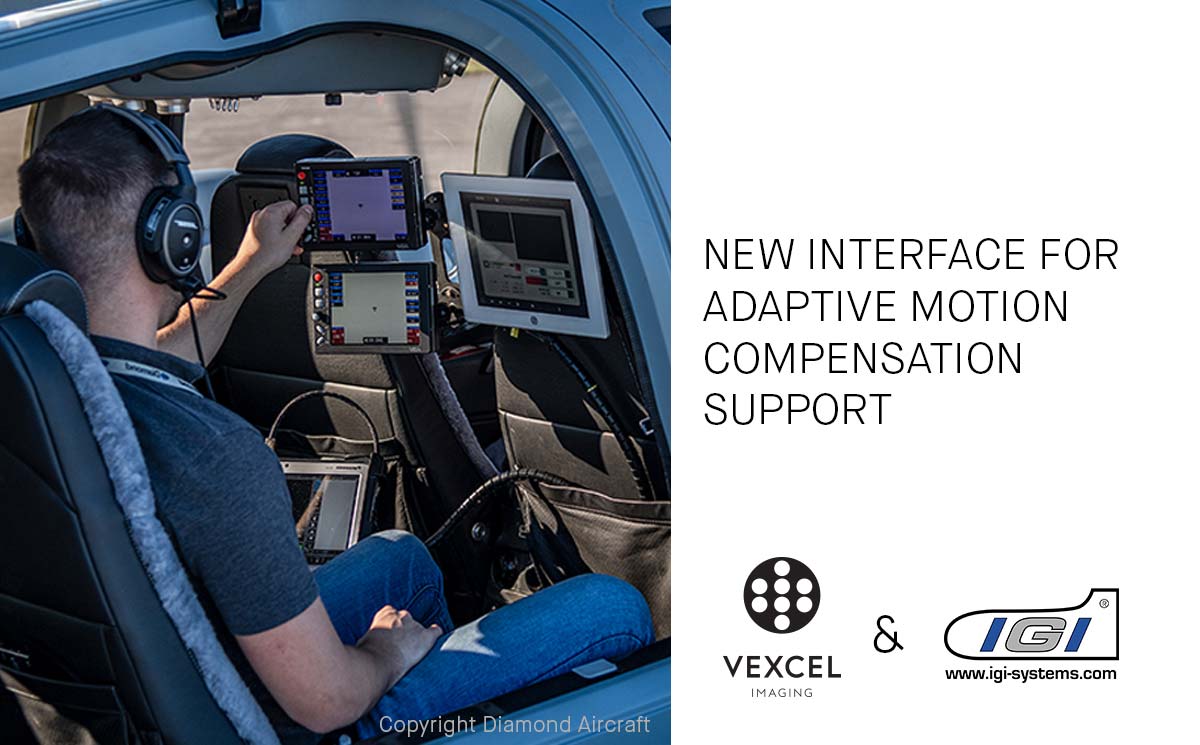 Vexcel Imaging and IGI are happy to announce the new interfacing of Vexcel’s Adaptive Motion Compensation (AMC) in combination with IGI’s industry-leading AEROcontrol GNSS/IMU systems. Both companies worked together to enable the AMC advantage for customers who operate the UltraCam cameras together with IGI’s AEROcontrol and CCNS-5.

IGI AEROcontrol is a GNSS/IMU navigation system for the precise determination of the position and altitude of an airborne sensor and/or multiple sensors constellation. This can be the position of the projection center and the angles omega, phi, kappa of an aerial camera and/or any other airborne sensors. Military-grade technology consisting of an Inertial Measurement Unit (IMU), based on fiber-optic gyros (FOG - IMU-IIf) or micro-electro-mechanical gyros (MEMS - IMU-m), and the IGI Sensor Management Unit (SMU) with the integrated high-end GNSS receiver.

Vexcel’s AMC is an innovative motion compensation approach that in addition to correcting image blur in the direction of flight (the so-called Forward Motion Compensation or FMC) also addresses blur caused by multi-directional camera movements during the flight. Additionally, AMC compensates for ground sampling distance variations in oblique imagery with fantastic results - through AMC, the 4th generation UltraCam produces imagery of unprecedented vividness and sharpness.

Seamless Integration
The capability to combine UltraCam with IGI’s AEROcontrol for AMC is a straightforward approach and easy to apply to customers. All IGI AEROcontrol SMU and Compact systems can be retrofitted with AMC support. The first customers already received the AEROcontrol AMC enhancement for operation with UltraCam newest generation of cameras.

Vexcel Imaging, a leader in the geospatial industry, develops cutting-edge large-format aerial cameras and photogrammetric software with innovative approaches, and places an emphasis on continuing product upgrades and world-class support. The broad UltraCam aerial camera portfolio covers all applications in airborne photogrammetry — from nadir to oblique to wide-area data collection.

IGI, the first company to introduce in the market a GPS based flight guidance system, started the production of the AEROcontrol units in 1995. The production never stopped, and the company has now more than 400 clients operating its AEROcontrols all around the world. IGI has been in the market for 45 years, as an innovator in the modern geospatial industry, keeps delivering state-of-the-art technology and advanced sensor solutions for aerial survey and mobile mapping companies. Learn more about IGI under www.igi-systems.com. 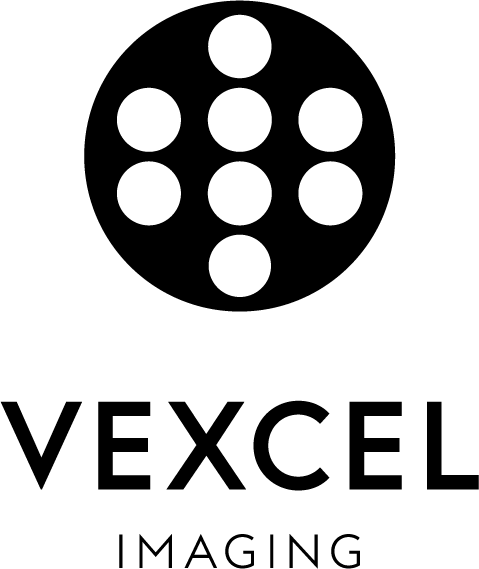 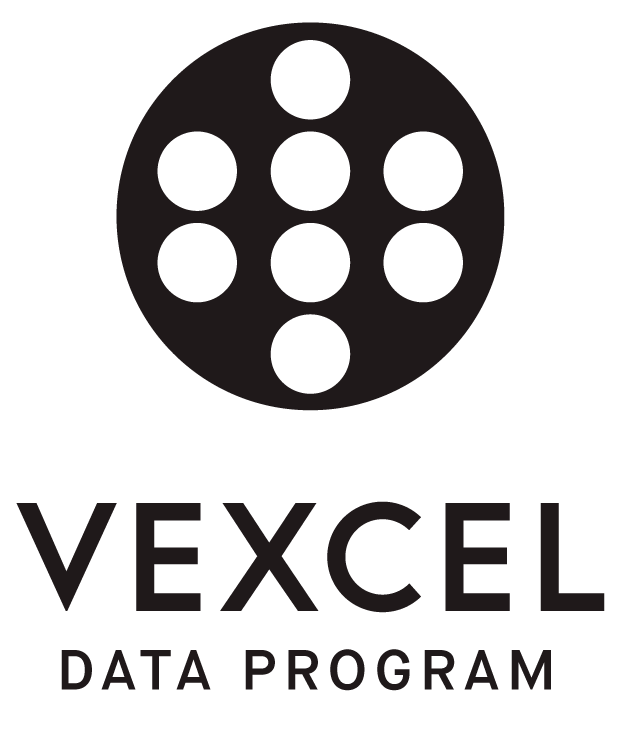 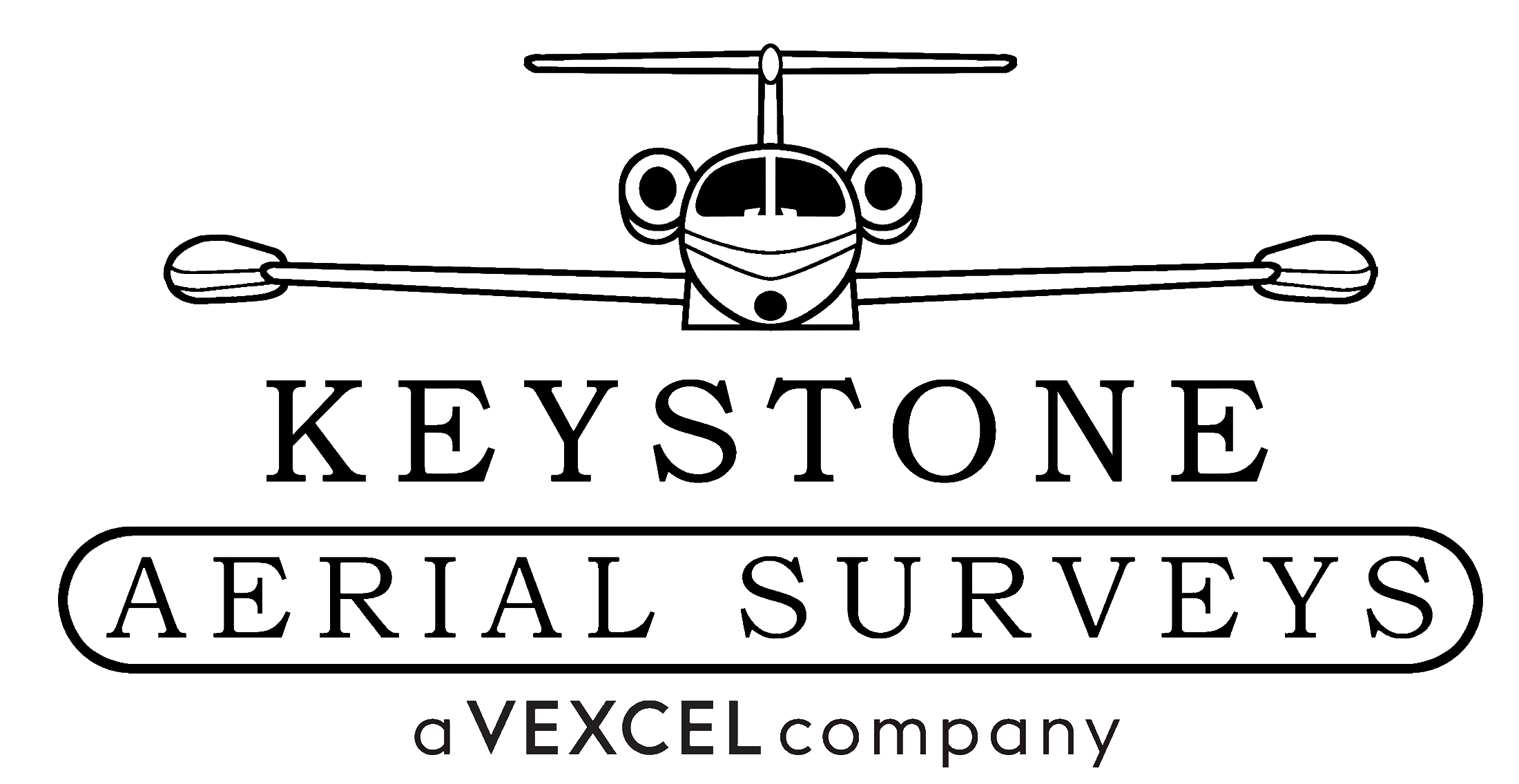